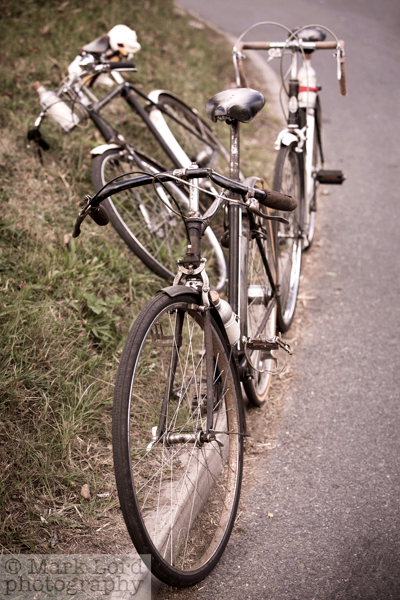 After the Tour Of Britain had passed I wondered back to the dispersing crowd in the hope of finding my wife. I was soon distracted by three marvellous vintage bicycles parked up on the verge. I had to take a few pics of these I thought for my blog. In doing so my wife soon appeared and so did the owners of the bicycles. They had cycled from Henley on Thames, to Kingston Blount, though the Chilterns to see the race and were looking rather dapper in their tweed caps.

I was most fascinated with the path racer, by Rudge Whitworth and I am told it dates from 1912 by the owner. It was looking very original and had a mark BY ROYAL APPOINTMENT on one of the tubes.

The gent who owed it told me he had rode it from his home in Henley on Thames to The Eiffel tower in Paris last year.

Here are a few other pics of the bikes and some details I snatched before being dragged home……..

Follow my BRITISH bicycle – ramblings of me and my Pashley bicycle in the British countryside on WordPress.com